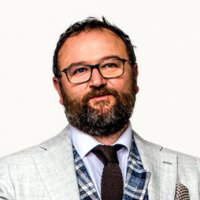 Tenor Matthew Lawrence Smith, tenor, gained a master in Music degree from the University of Milwaukee, Wisconsin, USA in 1996. He was also an apprentice with the professional Skylight Opera Company in Milwaukee. His first production as a professional was The Elixir of Love by Donizetti.
After returning home to Great Britain in 1998, Matthew worked as a singer in musicals such as Tess (Savoy, London) Phantom of the Opera, Wonderful Town (Bernstein), and took the position of choral lay tenor at the world famous Hampton Court Palace for a year. During this period, Matthew toured in opera productions around the UK, Ireland, and USA in 2002-2004 for Columbia Artists. He also sang a production of Evita in Beirut, and, in 2003-2006, he toured with the international performing act The Three Waiters.
Matthew has been a full-time member of the Dutch Radio Choir since 2006, singing in over 300 productions varying from renaissance to gospel. He also performed with other groups - notably Cappella Amsterdam, the Dutch National Opera Choir, the Reisopera, and in the UK with Opera Project, a leading UK touring company.